LiskHQ announced the upcoming Lisk Meetups and the Spring North America Tour, as in these days the team is attending events in San Antonio, Ottawa and Seattle.

The 4th Lisk San Antonio Meetup, organized by LiskUSA, was held on April 2nd and was focused on Blockchain Scalability, featuring solutions like Lightning Network, Sharding, and Segwit. Jan Liz-Fonts, Lisk Community Manager, attended the conference and presented the rebranded Lisk platform after the relaunch event. In addition, there was a giveaway organized by Lisk Ascend.

This afternoon Lisk will also attend the very first Meetup in Ottawa, with the mission of jump-starting a powerful community in the Toronto Area. The meetup will start at 5:45 PM PDT on April 5th at Heart & Crown, 73 Clarence St, Ottawa.

Jan will continue the non-stop Tour attending the Lisk Inaugural Seattle Meetup, in order to make the launch of the local chapter. The event, that will start at 6:30 PM PDT on April 9th and will be hosted at SURF Incubator, 999 3rd Ave Suite 700 (Seattle), is organized by Paul Polupan & Yaman. Although this is a completely free event, RSVP is required.

On short term, the last event announced by LiskHQ is the Lisk London: Blockchain Meetup. During the conference there will be speeches from Thomas Schouten, Jacob Kowalewski and Shane V. Kehoe, the founder of SVK Crypto. The meetup will start at 6:30 PM on April 18th and it will be hosted in collaboration with WeWork and SVK Crypto. The location will be WeWork Moorgate, located near the Moorgate Underground station. Places are limited so RSVP is required. 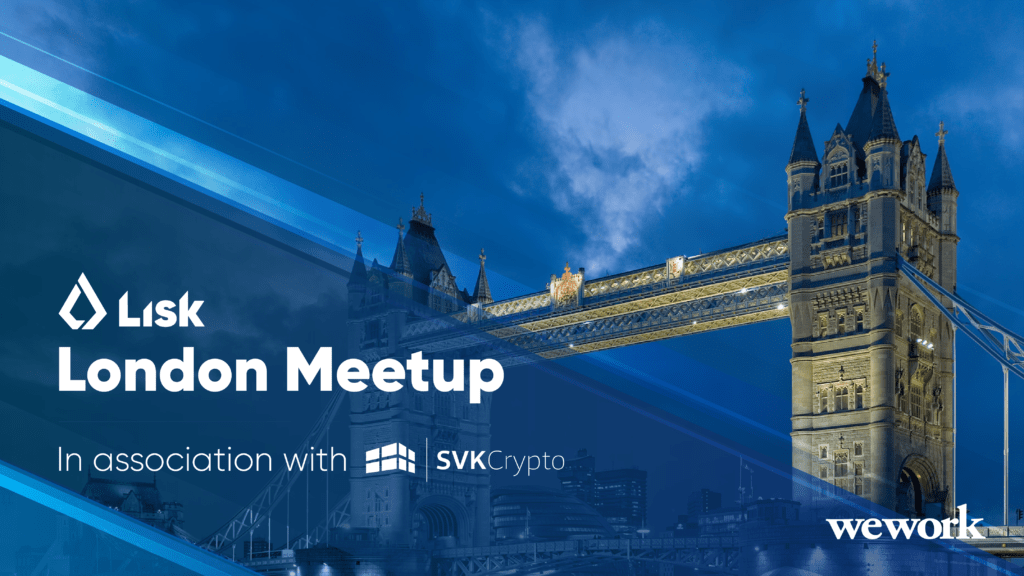