Last month, the Blockchain Community in Argentina had the opportunity to meet up and explore the Lisk Alpha SDK and its potential in the cryptocurrency space. Lisk ambassador and forging delegate, sgdias (Santiago Guimaraes), was thrilled to host a workshop based on the Alpha SDK on September 27th in Cordoba. The participants would use the knowledge and hands-on approach in a Hackathon competition that followed shortly thereafter.

Writing on Reddit, sgdias described the two events as a “great experience” and the first impressions of the SDK were positive. Many people expressed interest in “this concept about pre-genesis defined custom transactions along with the possibility of customizing blockchain parameters such as block time and max number of transactions per block“. The winners of the competition produced a PoC peer-to-peer house rental Dapp inspired by Lisk Bills. They won 500 USD in Lisk.

Next came the sponsorship of Argentina Crypto Fest event. In keeping with his commitment to the Lisk network, sgdias contributed 2,016 LSK. It was organized in conjunction with the American Blockchain Association, ONG Bitcoin Argentina, the Government of Cordoba, and UTN (Universidad Tecnológica Nacional).

He spoke about receiving a proposal from UTN Engineering Professor, Oscar Medina, who was a supportive partner during the hackathon. An offer from such a highly respected professor from a well-recognized university is an interesting opportunity for Lisk’s future growth in the country. The offer will, among other things, see the Lisk Alpha featured as part of their lab to be included in a new Blockchain chapter for an Informatic Engineering course.

Another engagement saw sgdias sit down for an interview with Satoshi Magazine where he had a chance to explain the value proposition of Lisk, answering questions related to forging, the role of the delegates and the “trustless” concept in blockchain ecosystem. 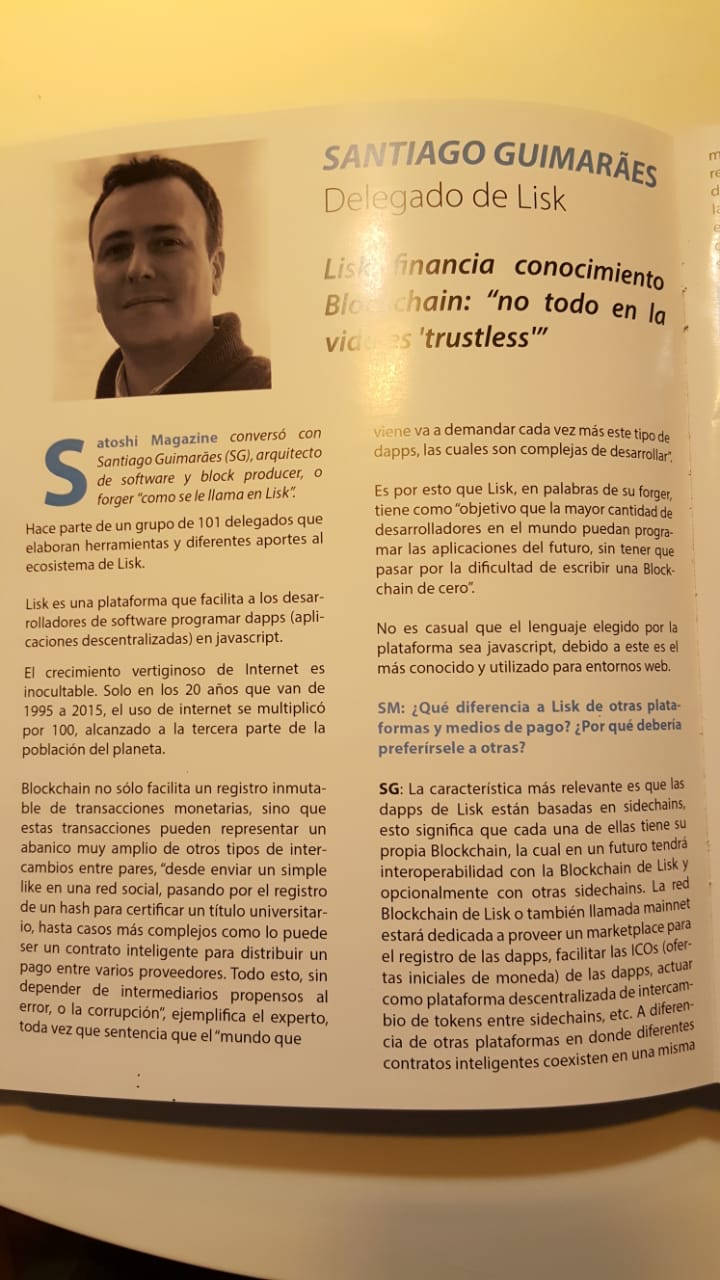