The following table specifies the transaction type values that will be used for the protocol. 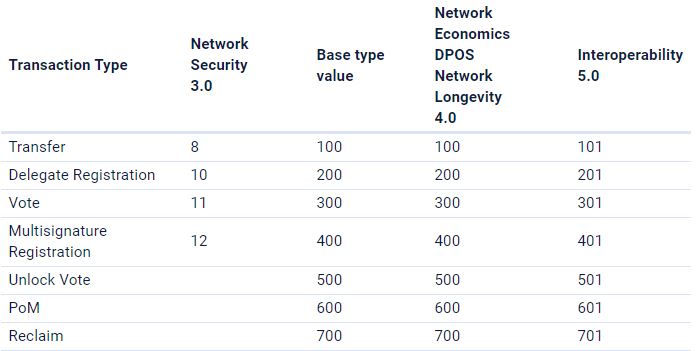 Despite the shift to remote working, LiskHQ is working a lot on code development, more than any other cryptocurrency in terms of commits. This pushes Lisk in 3rd position in 6-month timeframe and in 2nd position if we look for the past 12 months (source). Delegates’ overview
According to LiskMonitor, this week there have been no significant changes in delegate positions, as both the groups received a proportional amount of votes: Elite gained 15 million LSK, while GDT gained near 10 million LSK.
At individual level, all 101 forging delegates received new votes and the most voted delegates are elevate, moosty, lemii, liskmagazine, 9up.io, liskpoland.pl with about +400k LSK.
The biggest individual losses came up for standby delegates, such as blackswan [-122k], iii.element.iii [-119k], joo5ty [-131k], adrianhunter [-126k] and delegates in lower positions.
It is still possible to receive 1 free LSK by minions (if you vote the “Heroes” list, no action required). 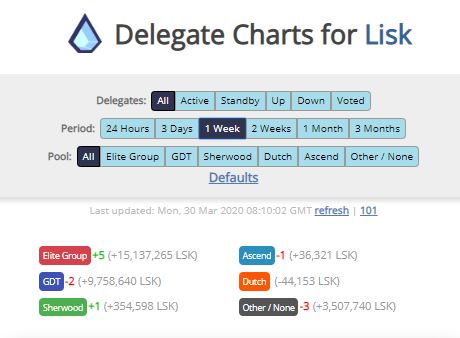